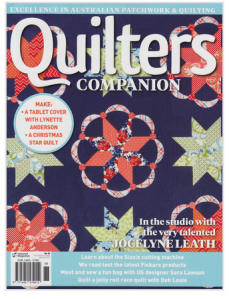 Hello Friends!  I hope you have had a great week so far!  Let’s see, Miss Baby and I have done the usuals this week.  We also squeezed in our schedule to see a Reptile Show at our local library, where I learned more about certain crawly creepies than I wanted to know.  Miss Baby was brave enough to pet this large albino snake (gross!). 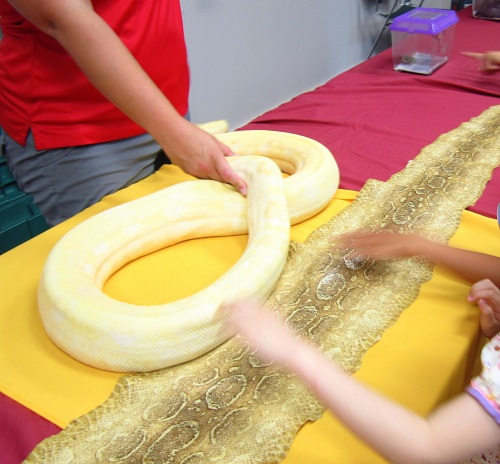 I am really thrilled about another Australian feature in the midst of all the craziness.  Since I am currently working on things I can’t show you just yet, I am happy to show you something I had worked on months ago. Meet Stars Aligned, my new design featured in the No.68 Australian Quilters Companion issue! You will be able to purchase the magazine on newsstands if you aren’t a subscriber and live in Australia.  If not, you are able to easily purchase the digital version here.

See my name and quilt on the table of contents page?!  I am very excited.  You will also see my friend Lynette Anderson has a project featured in the same issue too!  Yay to Lynette. :)

I do like the layers of stars in Stars Aligned.  Are you able to spot the starry layers?

Stars Aligned is made with fabrics from Lynette Anderson‘s Starry Night and Bread & Butter, released by RJR Fabrics.  Fabrics are now in stores.

Since the actual sample, made by Jill – a wonderful sample maker, is in Australia, Lynette graciously sent me these pictures from the Down Under.

If you wish to purchase the quilt kits, Lynette has them for sale here. 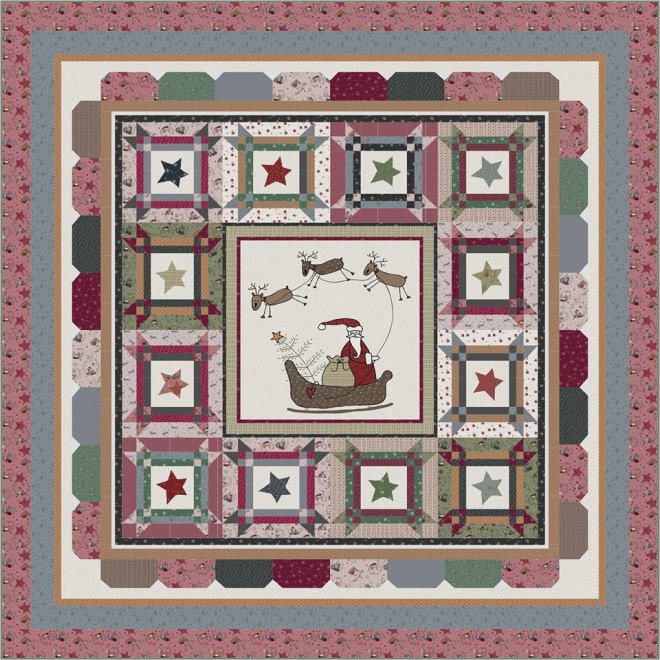 Thank you so much for stopping by to read about snake and stars.   I am not nearly as excited about my slightly increased knowledge of snakes as I am about my continuing starry quilting journey!

God bless you all!

The Quilter (August/September 2014): Song of Praise