Hi Friends!  I am most excited to share with you my happy quilt, my last magazine featured quilt from last year (2013).   It is my candy happy and scrappy quilt, thus the name Scrappy Jewels. 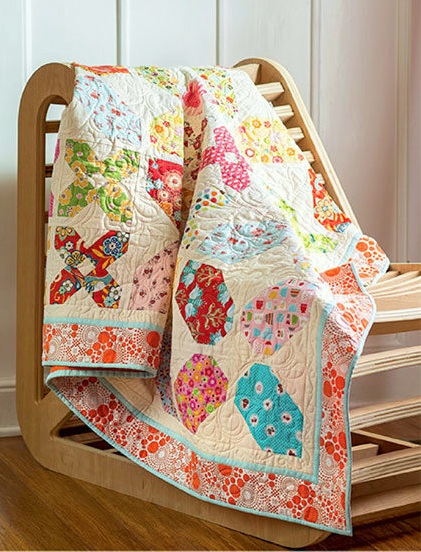 The quilt design plays off the the same block, but of two different sizes, and different orientations.  Below you see the conceptual layout of the design.

This quilt is not fabric specific, and happiness in Scrappy Jewels is achieved by using entirely Riley Blake scraps.  I have also nicknamed this my “Riley Blake Unite” quilt.  I imagine you can come up with any final look you wish by just tweaking the fabrics.   The picture below shows some of the fabrics I used, which some of you probably have as well.  Now curious mind wants to know if you have a large happy stash you need to use up. 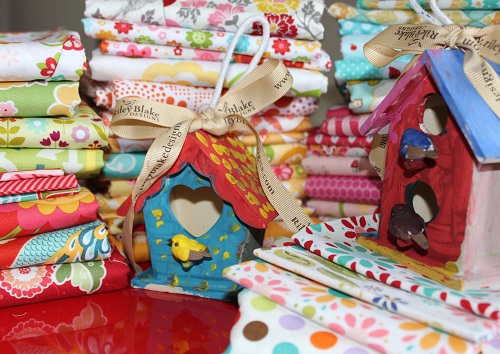 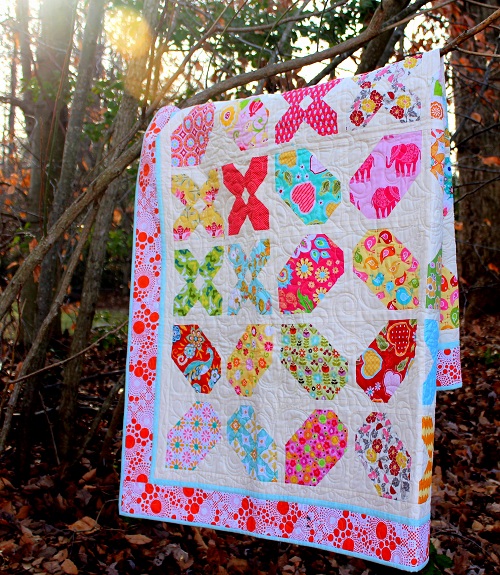 Quilting was done using Aurifil Mako 50 cotton thread over Hobbs Tuscany Silk batting.  The motif I used is a variation of one I had shared in one of my Thread Talk post here. 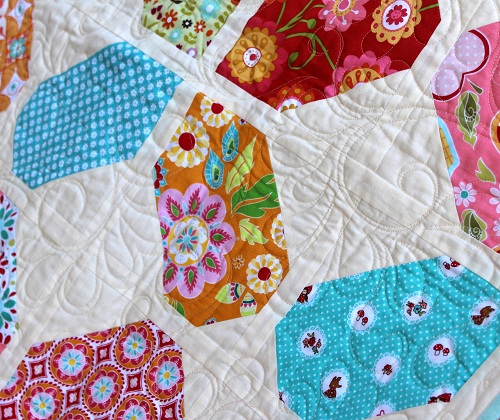 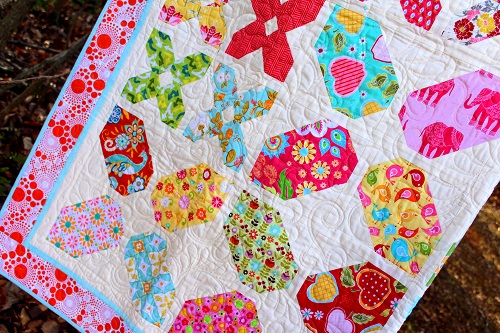 [This happy quilt is quite poignant to me in that it reminds me of how our life is made of patches of happiness here and there in the midst of just the everyday and normal routine — and in some cases intense trials and heartaches.   I have been immensely touched this past year by the life of Teresa Bartlinksi, and her family — despite the fact that I don’t them personally.  Click here to read about the family journey of the Bartlinksis.  Little Teresa didn’t stay on this earth too long before she was called to her heavenly abode, and yet, she exhibited the sweetest smiles in all the pictures I have seen of her — just like all the happy fabric patches in Scrappy Jewels.  And I consider little Teresa an absolute jewel!]

Thanks for stopping by.  I hope you are blessed by Scrappy Jewels, and even more so touched by the Bartlinski family.

With this post, I bring 2013 to a close at Ivory Spring!  You have been the sweetest bunch!  See you again tomorrow, I hope!

Have you had a chance to check out my other 2013 featured projects?

Annie’s Love Those Precuts Book (January 2013): Apple of My Eye

Fons and Porter’s Love of Quilting (March/April 2013): Now I know my ABC’s

Benartex (November 2013): To Eternity and Beyond using I Want My Space