Hello Friends, many of you have expressed wanting to see my Elephant Walk quilt, featured in the Winter 2013 issue of Quilter’s World.  So, I am more than happy to share with you about the quilt. :) 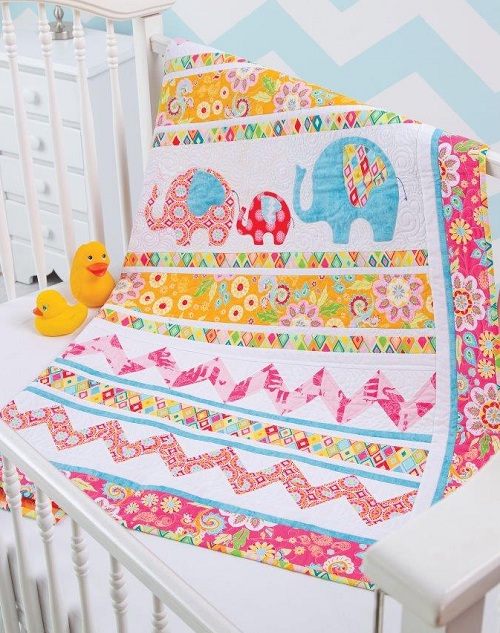 This quilt symbolizes my little family, and is inspired by the family walks we take in the “made-believe woods” in the summer.  [Seriously, some of you will laugh me to scorn what we call “woods” here in the city, ha!]  Be that as it may, and please pay no attention to the “little elf/helper behind the curtain”… 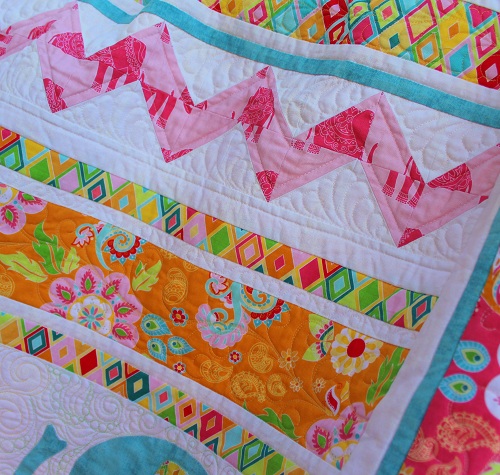 And simple appliqued elephant shapes.  You can add however many elephants you want to represent all your family members by adjusting the sizes of the elephants.

I am thinking by now you just have to love the fabric I used for the binding.

Quilting, as in construction of the entire quilt top, was done with Aurifil Mako 50 cotton thread over Hobbs Tuscany silk batting.  I am not sure if you could see it, but the quilting in my applique strip is done in sort of an ombre fashion with color changes for the quilting threads.  Can you see the transition from red to yellow to green etc? 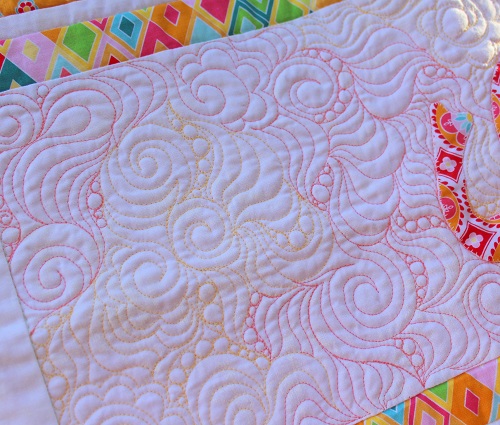 The quilting in the last picture is seen more clearly on the quilt back.

I am looking forward to the warmer days when we will be taking our walks again.

Thank you for stopping by.  I hope you enjoyed seeing Elephant Walk.  Click here if you would like to see more Riley Blake happiness.

I wish you all a very lovely week! Lord willing, I will be sharing with you tomorrow my last 2013 magazine featured quilt.

Have you had a chance to check out my other 2013 featured projects?

Annie’s Love Those Precuts Book (January 2013): Apple of My Eye

Fons and Porter’s Love of Quilting (March/April 2013): Now I know my ABC’s

Benartex (November 2013): To Eternity and Beyond using I Want My Space